Several of my ancestors have surnames that change over time. Often, the name change was to conform to American characteristics. The surname changes I have documented are, for the most part, taking a German pronunciation and phonetically adapting it to American-English. There are a few methods that can be employed to find records of the variant spellings of surnames. Most search systems allow the use of so-called wildcards, usually the asterisk (*) and the question mark (?). Many indexed document databases, particularly genealogical and library systems, support the more sophisticated Soundex Code for surname searches.

I have successfully used the Soundex Code to search indexed documents and databases for surnames that have changed spelling over time. The Soundex Code is a 4 character alphanumeric, it consists of one letter and three numbers. The characters represent the first letter plus, up to 3 consonants of the surname. The table at right defines the number associated with the consonants. Notice that H, W, and Y are not included and will be ignored in the surname unless they are the first letter. If the surname has few consonants then the code is filled out with zeroes. [1, 2]

These rules apply as well:

Nearly all my ancestors can be found in the records working. For the most part, the men were farmers, the women were keeping house. The few exceptions included a weaver, a preacher and a lime burner. More recently my ancestors have worked in cities, including a paper hanger, a postal clerk and a research scientist. The ancestor who stands out is one who made the transition, as an adult, from rural farmer to city worker. My great grandfather John LaFara, 1864-1945, was a farmer in Tipton County, Indiana but sold his farm and moved to the city to work as a laborer.

My father, Bob LaFara, lived most his life in the city of Indianapolis. He told many stories about his childhood, growing up in the east-side neighborhood of Irvington.  My father created his own website back in the early 90’s called Bob’s Crafts, in addition to craft projects, he also shared a few of his stories. This week I am sharing one of his stories about life in the city when he was a boy.

Names can be interesting to me because they are unique, humorous, or have a special meaning. My 4th great grandfather Parnick George, 1797-1866, had a unique name. My grandparents Earl and Pearl LaFara had humorous names by association. My 8th great grandmother Patience Hope, 1676-1769, had a name with special meaning, particularly when considered with her sisters Temperance and Comfort.

When I look at old photos I sometimes wonder about the fashion choices of the subject. Were they wearing a favorite outfit? Does their clothing reflect the fashion of the era? Or, are they simply making a personal fashion statement? When photographs were nearly exclusively for special occasions, the clothing choices reflected economic status, social standing, era, heritage, or profession. Whatever the case, many of my favorite old family photos show the subject in clothing I think is charming, humorous, or unique. 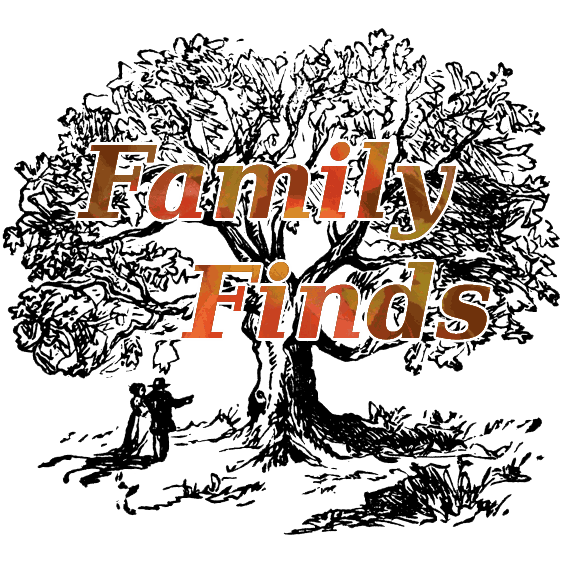